What is it they say about a Chinese meal? They’re great, but an hour later you’re hungry again?

Chinese is definitely on the menu in this richly layered romp through the shadowy subculture of international stock manipulation. And there’s plenty for previous Bart Northcote, P.I., fans to devour as Bart and his eclectic Greek chorus of investigative team members try to penetrate the veil surrounding the Golden Dragon banking cartel.

Bart is once again lounging in his posh Los Angeles manse’s hot tub with staffers Honey Moons, Salome Jones, Wanda Malone, and new addition Black Jade each night as they methodically unravel the knotted ball of clues that will lead them to the incredibly wealthy and powerful planners behind an outrageous plot to send the financial world into a titanic tailspin.

It’s a worthy test of the team’s investigative prowess as layer after layer of deceit is peeled back to reveal — what?

That’s the beauty of this stellar addition to the Bart Northcote canon of hardboiled detective novels. They are fourteen cuts above the usual tough-talking, wiseacre noir narratives on the market today. This gem has a sheen of sophistication far exceeding the usual fare.

Shoot, you practically need a degree in macroeconomics to fathom the seriousness of the threat exposed with disarming ease by Bart and his bevy of co-investigators. Well, not really. But the ingenuity of the plot premise outdoes any ordinary P.I. adventure.

As the story rachets up in intensity, Bart and his bunch enter a danger zone reserved for those with too much insight into how the mysterious Mr. Winchester Lee and his sinister associates move the Dow up and down with impunity.

There are also tantalizing side plots that delve briefly into Bart’s past, and a couple of red herrings thrown in just to flavor the fictional stew, but in the end, as with all the Northcote narratives, this story is tied up with a literary bow that will leave the reader satisfied.

The writing here has never been better and the author goes to great lengths to avoid even the least salacious sex scenes — which otherwise could abound in a book prominently peopled with large-breasted, long-legged babes who also possess the keenest of intellects. No sexual stereotyping here!

Five plus stars to Winchester’s Bargain. Once again, Murray Lee Eiland, Jr., strikes a deep authorial chord that will resonate with all his fans, old and new.

Guest review contributed by Don Sloan. Don strives to provide thoughtful, even-handed reviews on all books submitted. In addition, his site provides a list of 25 free links to websites authors can submit their books to in an attempt to increase downloads during KDP Free days. 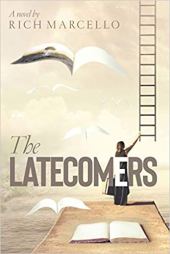