You will be scared. But you won’t know why…

I’m thinking of ending things. Once this thought arrives, it stays. It sticks. It lingers. It’s always there. Always.

Jake once said, “Sometimes a thought is closer to truth, to reality, than an action. You can say anything, you can do anything, but you can’t fake a thought.”

And here’s what I’m thinking: I don’t want to be here.

In this deeply suspenseful and irresistibly unnerving debut novel, a man and his girlfriend are on their way to a secluded farm. When the two take an unexpected detour, she is left stranded in a deserted high school, wondering if there is any escape at all. What follows is a twisted unraveling that will haunt you long after the last page is turned.

In this smart, suspenseful, and intense literary thriller, debut novelist Iain Reid explores the depths of the human psyche, questioning consciousness, free will, the value of relationships, fear, and the limitations of solitude.

Reminiscent of Jose Saramago’s early work, Michel Faber’s cult classic Under the Skin, and Lionel Shriver’s We Need to Talk about Kevin, I’m Thinking of Ending Things is an edgy, haunting debut. Tense, gripping, and atmospheric, this novel pulls you in from the very first page…and never lets you go.

Thank you Netgalley and Simon and Schuster for providing a copy of I’m Thinking of Ending things in exchange for an honest review.

I’m Thinking of Ending Things is Iain Reid’s debut novel, and it is definitely different. If you read the blurb, then you get the general idea: girl goes on road trip with boyfriend and is left at a deserted high school. But it’s a lot more than that.

It’s thought provoking, smart, and continuously creepy. It was a book that managed to make me feel uncomfortable and confused and anxious from beginning to end, and quite honestly, I still don’t know what to think about it.

But it’s also not my favorite book, and I’ll talk about why  in the stars section of my review. If you are into books that are a little odd and very creepy, then you would enjoy this book. It’s also a pretty quick read, so it’s a good book to pick up when you’re busy.

The plot starts off slow with Jake and his girlfriend driving to his parents’ farm. It focuses on his girlfriend, who remains unnamed, and how she is considering ending things with her new boyfriend. Even though the beginning is slow, and even though not much happens, Reid managed to hold my attention to the very end because there’s this subtle creepiness to you, and there’s this expectation that something terrifying is going to happen around every corner.

Readers don’t actually encounter the school (mentioned in the blurb) until about 3/4 of the way through the book. And that’s where one of the book’s downfalls come to play. There’s all of this build up in the beginning of the book, and then the ending happens so quickly.

It’s something I saw coming; it’s incredibly predictable, but at the same time, it’s thoroughly confusing. I’m not sure what exactly happened and not in the good way. In the frustrating way. I’m pretty sure I know what happened, but I think that Reid could have done more with the ending so that it wasn’t so confusing.

It just didn’t feel very fleshed out especially when considering how fleshed out the beginning of the novel was.

It’s hard to discuss the characters without spoiling the book, but I will say that they seemed pretty round and well-developed. I really can’t say more than that because once you finish the book then you will understand why those characters are the way they are.

I liked Reid’s writing style because it’s somewhat sparse. It’s descriptive enough, but isn’t unnecessarily descriptive. It’s to the point. There’s also this dark aspect to it which is so fitting for the genre of the novel.

The only part I didn’t like was the use of repetition at the end where it’s the same sentence repeated over and over again for at least a page (I read the eBook so I’m not sure how it would translate to a physical copy of the novel). I understand why Reid did this; I get what he was going for, but it just wasn’t something I liked. 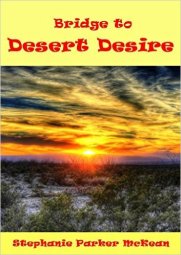 Texas Miz Mike regrets the shattered romances scattered through her life like wind-thrashed flower petals. She resolves to end dystopian relationships by outdistancing the mysteries that seem to stalk her even when she is busy minding her own business.

Little can she afford another mystery to sweep into her life and separate her from her new love, Scottish Reverend Alan Evan Kirkland, who is already separated from her by the ocean until she receives her United Kingdom Visa.

She flees to the Nevada desert to visit an artsy friend, expecting the empty desert to shield her from murder, mystery, and mayhem. The desert proves far from empty and the secrets it guards are deadly. Mike must not only save her own life, but also that of a rebellious teen who hates her, does not believe in God, and is determined to engineer the same level of dystopia that Mike fled to the desert to avoid.

Even worse, Flame’s father, Egan Firewalker Quartz, is determined to give Miz Mike every reason to discard her upcoming “traditional wedding” to her “traditional Scottish minister” and marry him instead. He needs a mother for his unruly daughter and Mike seems like a good candidate for the job.

One thought on “I’m Thinking of Ending Things – Book Review”