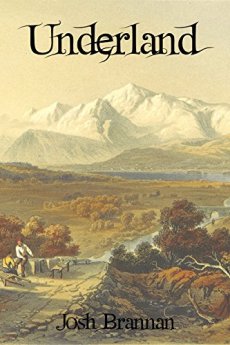 One of the things I loved most about this series was the style of narration. By now, anyone who has read a review by me should know this is a very whimsical and quirky series. It has a distinct feel of a story dancing the lines of fairytale and fantasy. I can truly describe this as a silly, one-of-a-kind series but it most certainly has a serious edge. From dragons, to romance, to action, and more—this series has plenty to offer in entertainment for every reader.

This book in particular felt like a good ending despite its claim not to be. I liked the silly titles to the different sections in the story like: Not the Middle, and Not the End, when—of course—it certainly was. This series has been a wonderful ride and I do hope to see more follow its unique and hilarious style in the future. It feels so close to a fairytale it almost reads like a classic, which is a good thing! I’m excited for this series and I hope other readers enjoy it as much as I have.

Now that I’m done praising this series, I will share one of the issues I had with the writing. The narration was my favorite part of the three books but it also came as a double-edged sword. Sometimes the language of the narrator didn’t work out so well. While trying to sound quirky, there were times it sounded more like reading a typo. One sentence I distinctly remember reading over twice was:

“Faug rushed forward, and both Fierce and Damsel rushed just as rushingly to meet him.”

Maybe I’m wrong but I’m sure “rushingly” isn’t a word. That was probably done on purpose considering the style of the story, but it wasn’t done *right* in my opinion. Maybe making up words was taking it a bit far.

Despite that last complaint, the narration definitely provided a silly undertone to the story, but it severely lacked an essential part of any story: emotion. I did not feel very attached to the characters. I felt I knew them well, but only from a distance. Beyond that, what really bothered me were scenes or events that were supposed to be emotional. In this book, there was a reunion of three characters which I expected to be charged with emotion but it was fed to me in a very blunt, almost dry, way.

For example, while the characters were embracing the narrator described the scene as them “sharing a long moment of kisses”. That’s not exactly what I would expect when a family is reunited but more frustrating is that it made it awkward to picture what was happening. In the first book the narrator said he left out details so that we could use our own imagination to fill in the blank but, in some cases, telling us what’s happening but leaving out all description or detail is not encouraging us to be imaginative at all. To me, it isn’t even like telling a story but more like reading a checklist of events that occurred.

They shared hugs and kisses.

And now, dear reader, the story shall end.

So, the narration was a hilarious voice that worked sometimes but not all the time. That doesn’t mean I didn’t enjoy it, just that I noticed some setbacks—as with every book on the market. Nonetheless, I do hope this series reaches great success and I would recommend it to readers of all ages with an interest in fantasy, comedy, or fairytales. Anyone looking for something unique will definitely find it here.

This guest review was contributed by The Rebel Christian. This blog offers book reviews and occasionally author spotlights/interviews. It specializes in religious books but features books of secular genres as well.