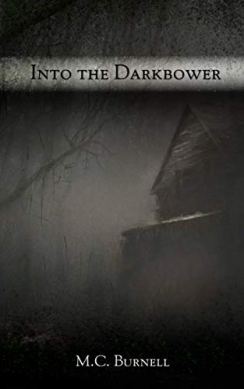 The darkly mysterious and magical world of faeries comes to life in this standalone work of fantasy by M.C. Burnell. Chief Inquirer Esmeralda Mendos is about to retire from service. But first, she takes a look back and reflects on the one case that has haunted her for most of her career: that of the criminal Koren and his faerie bodyguard known only as Bashu. Through her eyes, readers are drawn into the dangerous world of the Darkbower, a place where nothing is at it seems, and the darkness you hide within yourself are brought to light in the cruellest way imaginable.

This world that the author has created was massive in scope. In order to ground readers in the setting of the story, the author tried to infuse as much information and description into the book as possible. The author managed to combine the air of malevolence and the ever-present threat of mortal danger in the Darkbower with little touches of whimsy, like the faerie queen sitting on a toadstool, or Koren being offered a drink from a flower cup. Overall, this reinforced the sense of being transported to a world unlike any other, even though at times the pacing of the narrative suffered at the expense of the intricate world-building.

The dialogue was crisp and engaging. A great effort was clearly placed on ensuring that the procedural aspects of an investigation were as authentic as possible.  However, some scenes, such as the ones where the main characters were sitting around discussing one aspect of the case or the other, could have been woven into the plot in a much more dynamic way. As it stood, there was a bit of information overload involved, which detracted slightly from the good build-up of tension that the author had been doing so well.

The story was told from both Esmeralda and Koren’s point of view, alternating between Esmeralda looking through old transcripts of her own experience during the course of the investigation, and her reading through Koren’s backstory as he narrated it to the team at the time of his supposed confession. Through Koren, the author was able to put the “unreliable narrator” technique to effective use.  It kept the readers guessing, always uncertain about whether there were any truths mixed in with the lies.

The true strength of this book was in its characterization, particularly in the way the author breathed life into Koren. His voice was so distinct, and the author painted a picture of such a sad, pathetic creature, as much a victim of circumstance as he is a cautionary tale of what happens when you make a deal with forces beyond your understanding. His needs and desires, along with his many weaknesses and failings, inspired amusement, loathing, admiration, and pity all at once.

The mishmash of magical lore and otherworldly elements in this thrilling book will capture readers’ imaginations and leave them wanting to know more about the intricate world that M.C. Burnell has built. Under the author’s assured and deft handling of plot, characters, and complex relationships, a book about faeries—a topic that has been covered so many times by so many authors of the genre—is elevated into something that is fantastical and, at the same time, rooted in the fundamentally human need to be seen, loved, and understood by another. An enjoyable read from start to finish, this book will be a welcome addition on the bookshelf of fans of the fantasy genre.