This novel provides a detailed start to a paranormal series that explores the idea of werewolves against the backdrop of 1920s San Diego and the speakeasy environment.

Daniel Archer is a young, ambitious hotel executive who gets transferred to the west coast. At first, he feels he’ll never adjust, but the city and wealthy, widowed Gabrielle Roussade start to win him over. Then, the attorney for his hotel is murdered, and Daniel finds himself facing interrogation about a death he unwillingly envisioned hours before it occurred. Changes are happening to his mind and body, and it’s all he can do to keep up—and somehow, Gabrielle seems to be in the middle of it all.

This story seems to be more historical fiction with a paranormal twist than occult or horror, as the pacing is realistic and the narration primarily matter-of-fact rather than unsettling, disturbing, or dark. Daniel is left out as the police investigate, learning very little about how the victim died or what the murder weapon was, which fits a story of this time period, long before forensic dramas became popular.

The characters include some important figures from California’s history, and a note is provided at the end to inform the reader about the real life aspects. The settings are equally taken from the past. The details are rich and varied, providing an evocative world for the reader to enter, and the dialogue suits the time period, reflecting changing times with similarities to our modern world and yet decades away from it.

The paranormal aspects are seamlessly blended into the story, with Daniel second-guessing himself and coming up with rational explanations for everything until it becomes obvious that something strange truly is occurring. The characters are complex, with a variety of possible suspects for the murder, but hints are given as to who truly dispatched the many murder victims before the grand reveal.

However, there are times when it feels like the various plot threads haven’t reached any kind of resolution, like Daniel has only begun to peel back the layers of truth involving werewolves and the murders in his new city. One is left suspecting there’s much, much more yet to be explored in the next book, but it doesn’t end on a cliffhanger, nicely chronicling Daniel’s progress without providing any sort of finality to things.

There are times when the plot seems to be in no particular rush, and some readers might find the pacing a little slow, as pages are taken describing things without any sort of action taking place, but this suits the realistic flavor of the tale, as Daniel takes charge by settling disputes with guests and delegating tasks rather than fighting anyone or solving mysteries directly.

Believable and nicely grounded in history, this book provides a delightful portal back to the early 1920s San Diego while spicing things up with a hint of paranormal troubles and a perplexing murder mystery. Readers looking for historical accuracy and the start of a series that promises to be rich, detailed, and nuanced will enjoy this book. 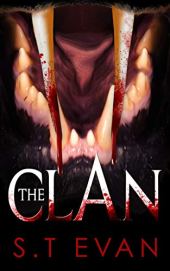