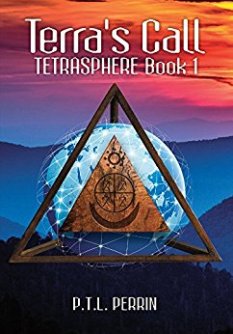 Book synopsis: When Jewel Adams discovers that the fate of the world depends on her, she already has enough on her plate. Strange abilities forced her into a life of solitude as a young child, home-schooled and isolated from others. Now in her senior year and in school for the first time, she discovers she’s not alone.

Insane weather and natural disasters are escalating, and only a handful of people know why — a handful of people and two alien races. Mankind’s days are numbered. If Jewel and her friends fail, the fates of two planets hang in the balance. Will their enhancements be enough to save the planets? Are they willing to take the chance?

I was riveted to this book. It is both character-driven and action-packed with hints of romance. I cared about each character within moments of his/her introduction. Each is a teen who was genetically modified by aliens before he/she was born. Jewel can see more colors than mere humans and can see the life-force of living beings, gathering information on their physical and mental well-being. Sky is an empath whose powers affect the emotions of those around her. Sky’s twin brother, Pax, understands such emotions and shares peace while also having a super-powered ability to smell that goes beyond the skills of a tracker dog. And Storm, whose tumultuous personality matches his name, can levitate almost any object. The four are destined to team up to save Earth and make a difference to two other alien races.

I enjoyed seeing the main characters forge friendships with one another, figure out who else is worthy of trust, and model healthy relationships with their parents and community members. It is an ideal Young Adult story, but would also hold the interest of adults who enjoy the YA genre and pre-teens who read at this level. I would call it thought-provoking escapism. Kudos to author P.T.L. Perrin for the perfectly paced adventure story! It’s a page-turner and I can’t wait to recommend Terra’s Call to friends.

Review by Kristine Kohut, the author of Big Toe People.