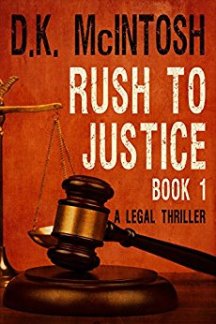 Book One sets the pace for this two book series. Discover the conclusion to the story in Book Two.

When seventy year-old Martha Powers is bludgeoned to death, the police are quick to point a finger at the young girl who cleans her home. The crime is horrendous and many valuables are stolen. And according to all evidence, only fifteen year-old Mattie Baker had opportunity and motive.

Renowned defense attorney Brady Flynn is retained by the girl’s father, and, at first, the case appeared to be a slam dunk win. But when lies are exposed and cover-ups revealed, nothing is as it first appeared.

As the court room battle draws near, Brady’s world is further complicated by the reawakening of an old love affair. With the pressure reaching the boiling point, Brady realizes he is fighting the battle of his career.

Check out Rush to Justice here.