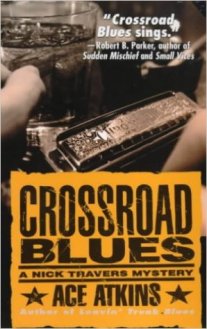 If you know me at all, or have followed my reviews any, you probably have a fair idea that a lot of the authors I read aren’t currently writing books. Many of them aren’t currently living anymore, actually. But, every once in a while, I do trip across a modern author who gets added to my list of likables, and even faves. Ace Atkins has made at least the likables list, now being the author of Robert B. Parker’s Spenser novels as well as due to a few books he wrote based on historical mysteries and situations. So, when Crossroads Blues: a Nick Travers Mystery came across my radar, it was definitely of interest.

Crossroad Blues follows Nick Travers, a former Pro football player turned harmonica player in New Orleans, and a Professor of Blues at Tulane, as he searches for a lost colleague. Another academic disappears in the Missisippi Delta while researching the blues in general, but the legend of Robert Johnson in specific. No, I’m not going to go into details about Johnson, possibly the living embodiment of the Blues, or the meeting with the Devil at the Crossroads, or any of that. That’s why Google exists. But, leave it to say, Johnson had a massive impact on the world and music.

As Nick begrudgingly goes on the hunt for the missing researcher, it quickly becomes apparent that there are at least three mysteries at work here- The one he is aware of, the mystery behind Johnson’s death (poisoned, but it is unknown by who or why), and the fact that nine recordings by Johnson that no one has ever heard may actually exist. And all of this means murder and maniacs for Nick Travers.

Now, it must be said- This was Atkins’ first novel. I acknowledge that to say that I don’t give favoritism to first novels or new authors. I’ve praised brand new writers and I’ve panned the likes of Spillane and Stout. Just putting that out there.

Crossroad Blues is like a gumbo that just doesn’t make. All the ingredients are there in every way. Travers is a strong, troubled protagonist who has passions and flaws that drive him further into the storm that is his life. He is surrounded by wonderfully conceived supporting characters, from the couple that own the club he blows harp at to the Elvis obsessed hitman to the albino old man they call Cracker. The characters pop with their own energy and fit right into what is a multilayered whodunit that spans decades and has a lot of potential.

But then again, that’s also a major part of the issue with this book. There’s simply too much. The pot is too full and it boils over. Not only do we have this mystery of many facets, but Atkins also essentially gives a handful of characters their own sub plots, even giving it to the reader from their POV. This is a shaky foundation to begin with and becomes even more unstable as the book unfolds.

By the last fouth of the novel, it becomes muddled and confusing as to what Nick’s purpose is, so much so that the missing colleague really just sort of becomes a footnote without warning. What we end up with at the end is a resolution to the various mysteries that is at least palatable, a lot of dead people, and Travers exactly where he was both in location basically and in character as when the book opened.

Crossroad Blues: a Nick Travers Mystery rates three out of six pages. A well crafted story filled with living, breathing characters that simply degenerates into too many loose ends and not enough tropes to tie them up satisfactorily by the end. Still, a decent read for mystery fans.

In my gun, this one gets three out of six bullets. A bit of me wants to only load two in the gun, just because I really felt like my time was wasted by how the book wrapped up, but there is good in these pages. You can see the Atkins that is now writing the Spenser novels beginning to grow here. Grow, but not yet blossom, at least with this one.

Guest review contributed Book In The Bag. BITB has a unique group of reviews to greater cover their material. They generally accept print copies by mail. 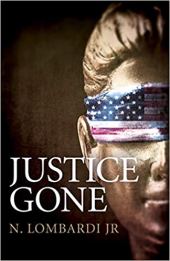 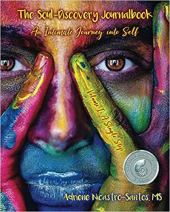 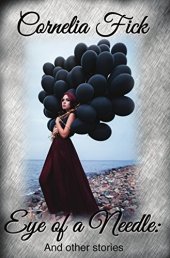 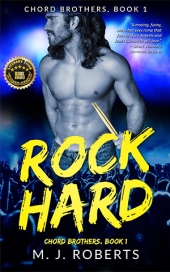 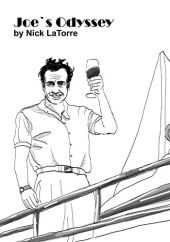 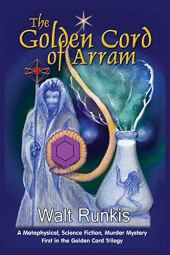