This one was a tough pick for rating between 4.5 and 5. I’m not a big giver of 5 stars, so I had to really think about this one. And it was a hard choice, but my rating would go to 4.5 stars. That’s not to say that it was a bad story, it was amazing. Totally on my all-time faves. :)

So, I read The Mortal Instruments series before reading this book, and just, wow. I was blown away. I really enjoyed The Mortal Instruments series, but Clockwork Angel just blew that out of the window. It was everything in TMI, and much more. I love the Shadowhunter world, so anything with that kind of stuff if already on the pros of a book. Unless the world-building was really bad, which it wasn’t in this case, which made the book so much the better. The setting for this story was also really good, and I feel Cassandra Clare captured the Victorian London Era thing nicely. The characters were very well-developed, and were always for a purpose, not just there to be a comic relief, or filling in space. Upon reading the synopsis, some people may be skeptical; there’s the classic love triangle, a girl who doesn’t know his/her powers, and other similar plot lines. But Cassandra Clare’s unique way of telling a story really turns that all around.

Quick Summary
Tessa, the main character, is an American girl from New York going to London to visit her brother Nathaniel. Trouble starts right from there. Instead of finding Nathaniel waiting, she is taken by the Dark sisters, where she learns fairly quickly the gist of what her special power does, and is made to enhance her skills. What is this power? Tessa has a unique ability to be able to transform, not in just appearance, but completely, into another person, having access to a person’s way of thinking and their thoughts, using something the person had touched (or something like their hair or something). We’re quickly introduced to secondary characters, as well as an action scene, while Tessa learns about the world she never knew about, where Downworlders like vampires, werewolfs, warlocks, etc. and Shadowhunters (Nephilim) exist.

Characters
Tessa was a vibrant and interesting character, and it was nice to see how she changes over the book, and even more in the next books. In a comparison to TMI, I have to say that while both Clary (Mortal Instruments main character) and Tessa are strong female protagonists, and I enjoyed them both, I enjoyed Tessa a bit more. She’s a reader, for one, and I don’t know. I just clicked with her better. But both characters were unique in their own way, and I enjoyed them both.

So, back to Clockwork Angel. The other characters were also well-developed, especially the love interests, Will Herondale and Jem Carstairs. Will is our ‘bad-boy’ clouded in mystery, who’s everything from handsome to tormented and sarcastic, yet has some passionate and soft moments. He’s hilarious, and everything from his looks to his personality draws us readers in to want to know more about him.

Then on the flip side we have Jem Carstairs, who is kind, patient and understanding and just so sweet despite his terrible fate. His humor rivals that of Will’s, so that makes for many moments of humor throughout the book.

Secondary characters were also well-developed, very much like Tessa, Will and Jem. Really, the only difference would be the length of their appearances in the book.

I really loved all the characters. Clare just made all of them so unique and authentic, that it was effortless for me to really get into the story and connect with characters. Their interactions, the pain, love, and emotions that pass through them all is part of what made Clockwork Angel so special to me.

Plot
I also loved the plot. Cassandra Clare really has a deep imagination, and brought readers along with Tessa and the other characters through plot twists, cliffhangers, and so much more that compels us to keep flipping pages until the book was finished (yes, I’m speaking from experience). We think one thing, but it turns out to be something else completely. There’s just so much to the plot without being overly crowded that it made for an amazing story.

Guest review contributed by Book Snacks. Analee hosts tidbits from a group of bloggers that combined provide an entertaining read for any book lover, sprinkled around her book reviews. 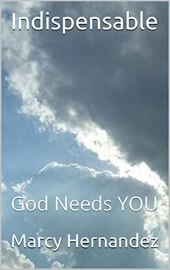 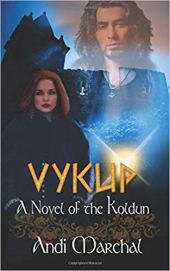